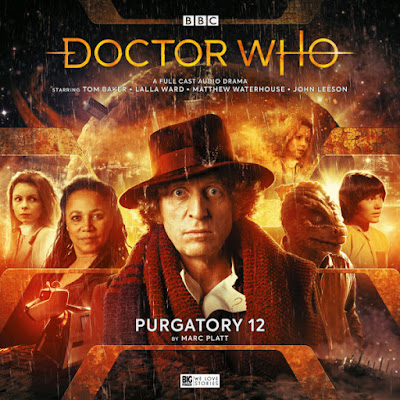 I have always had a fondness for the tail end of Tom Baker's time at the Tardis consol.e, so steeped in a grand gloominess and peculiar cranky scifiness. In the middle of that last series came a trilogy of stories set in another universe.(As if the one that the Doctor travels through is not.). Ambitious, eccentrically endearing and downright weird, it triumphantly pushed the envelope of what a Doctor Who story can be by playfully subverting and playing with the very tropes that made it last so long. We know The Doctor entered that pocket universe with two companions, Romanna and Kp and exited it with an unexpected new one, Adric. but now we have an opportunity to listen to what they did when all four explored that universe in the hope of finding a way to return to the one they knew and felt they belonged to.
Purgatory 12 by Marc Platt and Chase The Night by Jonathan Morris afford us two original show length tales to explore that seemingly undiscovered storytelling.they are both wonderfully realised, with great supporting casts, entertaining and understanding for the characters as we remember them, all rooted in superb production values, as one would expect from Big Finish.
There are two more stories to come in this series. That will be four stories way beyond what we could ever have hoped for. A pocket universe of stories. 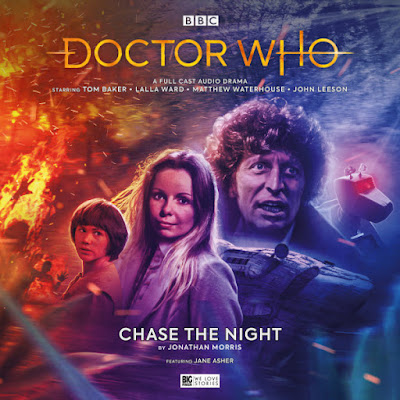