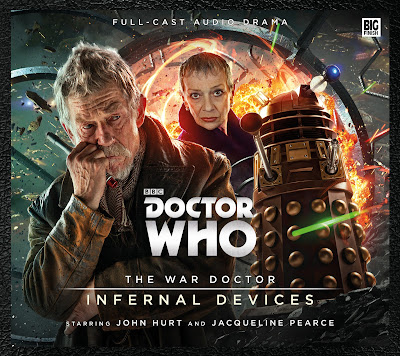 So sorry to hear the lovely Jacqueline Pearce has passed away. A hugely talented and charismatic actress who's career has spanned decades, every now and then walking away with a fantastic turn in some genre piece. Quite recently playing a fabulous two-hander with the much missed John Hurt as the wicked Cardinal Ollistra, more than holding her own in the force of personality stakes, indeed she convincingly played a Time Lady willful enough to reign in the force of nature that John Hurt embodied as The War Doctor.
Best remembered as the nemesis of Blake, and Avon off course, in four seasons of Blake,s Seven. I do not know if this is true but her character was said to have been intended for one episode but such was the charisma on display that they allowed the character to grow and come to share an equal place in the affections of fans of that classic genre drama.
I will never forget the two Hammer movies , filmed back to back, in the sixties; Plague Of The Zombies and The Reptile. Two dark fantasies, with all involved on top of their game. Jacqueline Pearce was a stand out in both movies. Darkly beautiful and doubly doomed, he loss in both movies as she became transformed into the stuff of nightmares made doubly so because of that tragic beauty. Her transformation into an undead thing during one of the movies classic dream sequences is one once seen never forgotten. Despite what would be considered by today's standards quite primitive make up effects they, and she, pull it off. Watch he change and then climb wordlessly from the grave. Same with her turn as a reptile lady(how often do that particular set of words come together in a sentence.). Witness her teasing her poor father with a rift on a sitar( again, how often does that set of variables come together?), her attempts to have an ordinary life and the revelation she is quite extraordinary.
For all that though, she had some other quality that set her apart. A knowing worldly wit I suspect. A smokey voice that could be threatening as well as elegant, seductive and unreliable. And those amazing eyes, those were eyes that had peered into the untempered schism and did not blink.
Jacqueline Pearce. One of a kind. Kind of special. 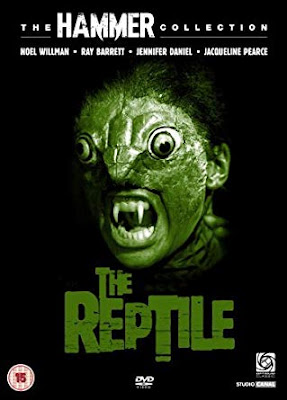 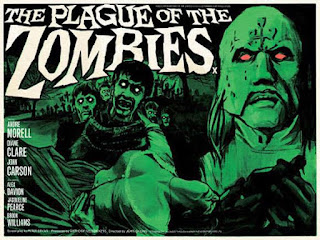