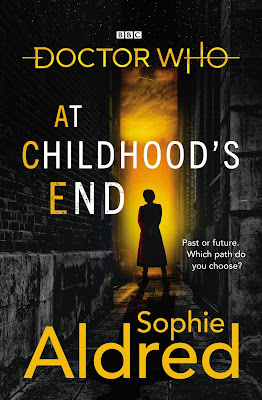 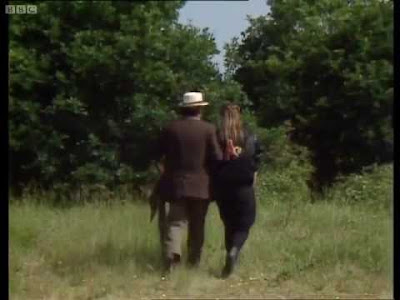 Just finished Sophie Aldred's book and i have to say I think she did a fantastic, or should that be brilliant , job of bringing two very different eras of Doctor Who, especially in terms of being a novel, a book, rather than an audio adventure or a television series. As it was in this medium that kept the show alive during its "wilderness" years. Certainly the spirit of the show, its drive to reinvent itself, exploring pastures new but remaining true, all the while, to its beloved roots. that is a hell of a lot of continuity to juggle and yet sophie Aldred pulls it all off with a lightness of touch that allows readers unfamiliar with it all to enjoy the read with the information supplied. you do not have to be a Big Finish collector or a full on Who expert to jump into this big adventure unfettered by a slavish devotion to an ever changing ever evolving narrative.
At Childhood's end tells a huge story, bridging time and space, how could Dorothy's story do any less? Ace's journey from a mad eyed, and frequently annoying, teen side kick, to a mature real world heroine was a long and winding road that she was lucky to survive. Her yellow brick road through the canyons of time did not lead to an emerald city but not so very far from the Gherkin...so to speak. In the end, which is no where in sight, her life has been a series of stops and goes, hard endings and new beginnings.This is the doctor's companion with the longest and most complicated histories, ranging across all mediums The Doctor has existed in. Television, books and comic strips, audio adventures on tape and Dd and now onto Bluray. always running, dodging death at every turn, leaping over cancellation and onto the launch of a medium into which some of The Doctor's greatest tales were told: Big Finish. riding the coat tails of the greatest fictional character of them all. Which is not to diminish her own character arc in any way, her own fictional life being more than the shadowplay thrown by the brightest star.
At Childhood's end shows a great understanding of the character and history of Ace and the unsettling nature of the Seventh's Doctors Machievellen relationship with her. He was a master, a grand master, so to speak, of fifth dimensional chess and tended to treat everyone as a pawn in a very dangerous and seemingly never ending game. Especially those he cared for. As if this was the price he paid for having the temerity to have "friends." That little umbrella twirling trickster could be cruel.. Ace took as much of it as she could before being pushed too far, amidst a heap of centaur corpses. Not being a creature of infinite regeneration there was only so much she could take. She ran far away and started a new life for herself. One in which she could assert some control of her own life. But the past has a way of catching up with her and the past and present eventually collide with a boom,
Like Nitro-9.
Hats off to Sophie Aldred, for although the bulk of the story is set up and seen through the prism of Ace she does not neglect the other characters in her story. Even injecting the character of present telly incarnation Yaz with some much needed character development. Yaz finds herself in much the same  place as Rose did with Sarah-Jane in School Renion as old companion meets new. Micky Smith would have a right laugh at this pairs expense. Ryan still carries on as though he were in an episode of Hollyoaks that happens to have aliens in it. The Ratts are very Ogron like, foot soldiers for a more maelevolent intelligence.
Oh Sarah-Jane, felt such a twinge of missing an old friend as I typed that...
This book is a very enjoyable read, full of subtle classic Doctor Who references. I particularly liked the location of Deavesham Village, the epitome of quaint English villages that hide extraterrestrial secrets. Arthur Dent might have lived here, John Steed might have had a cottage there, Bernard Quatermass could have retired there. None of them did, of course. but allow me that. Yet the book is self contained enough to function in its own right. A fast, engaging read by an actress who has added another arrow to her quiver..                 One that belongs to Sophie Aldred and not Lady Peinforte...ahem. 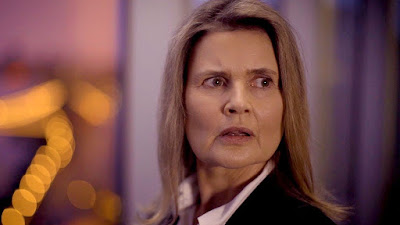