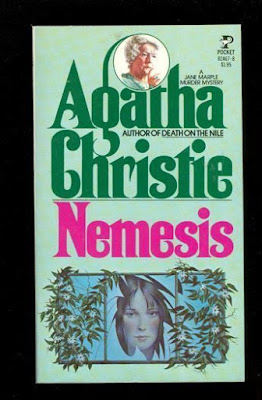 To me this is just one of the very best books she has written. A remarkable glimpse into the mind of a truly frightening old lady. One as adept at transplanting begonias as rooting out sleeping unseen evil. Ms. Marple recieves a a message, sent posthumously from Jason Rafiel a millionaire and ruthlesss business man she met briefly in a previous novel; A Carribean Mystery. He sets her a task, for which she will be richly rewarded should she succeed, to set right an unspecified wrong, to solve a mystery the world barely acknowledges. So off goes ms Jane Marple on a quest, a criminal pilgrimage, on a tour bus round the stately homes and gardens of Great Britain. sharing a bus with fellow travellers all the while believing evil stirs as she draws close to resolution.
I believe this to be the last Marple Agatha Christie wrote. Although not the last to be published, that was Sleeping Murder. There is a dark melancholy at the heart of much of Agatha Christie's work. This novel is drenched in just such a mood, the cancerous ghosts of the past poisoning the now, disfiguring everything it touches. I think this book was published around 1971. The sixtes were over now, the long hot summer of love already seeming like an invented memory, not shared by all. Ms Jane Marple was getting older herself and though frail in body her mind was as sharp as ever.my favorite interpretation of the character being Joan Hickson (Although i will always reserve a special place in my heart for Margaret Rutherford. Not so much for being any one other than herself. Surely her greatest creation.) When I read Agatha Christie Ms Marple novels I see and hear Joan Hickson, her soft but precise delivery and those amazing eyes of hers. The eyes of a bird of prey. Eyeing her prey with steely precision until ready to deliver a wordy coup de gras. Delightful. 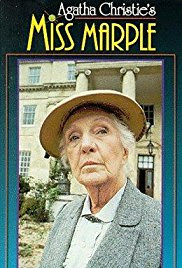 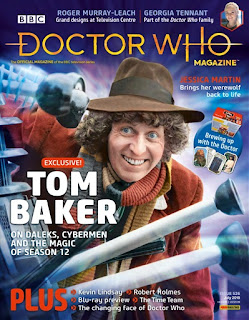 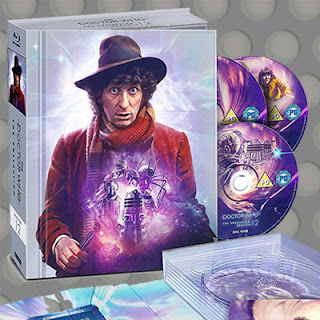 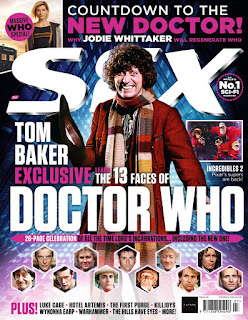 Oh my Giddy Aunt he is everywhere!
And Why Not? The world has never
needed him more.
Lets face it; He Walks In Eternity.
Posted by Malachy Coney Curiouser and Curiouser at 11:57 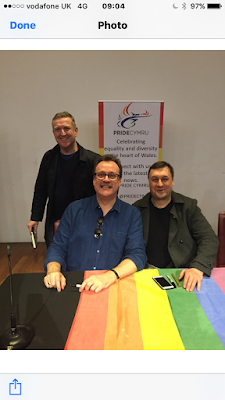 I had two chums attend a special signing for the release of the newly revived and hugely welcome Target novelizations of Doctor Who episodes, tied into a truly inspiring and good natured Pride event.  Jim and Jamie got to meet the Welsh High Church himself Russel T Davies. They tell me he was as affable and yet larger than life we had expected him to be.
I got to read his page turner of a Rose adaption, a novel based on his own script. Its as energetic and enjoyable as you could wish for. A few updates are included including a glimpse of The Doctor's incarnation to come and a couple we most likely never see. Although..
He also manages to take the infamous Graham Norton, infamous in rarefied Doctor Who circles that is, incident in which he awkwardly interrupted a tense scene involving an Auton and Rose in a spooky late night department store basement, and make it canon. Well sort of make it canon.
So much depended on that first episode of the new series and even in hindsight it turned out so much better than we could have hoped for. Sure a few of the effects have not aged well but aren't special effects often the first thing to date in any movie or telly series. That is a statement not a question.
The original Target series of books were among my very favorite reads growing up. Now that I am in fact grown up I remain optimistic this new series will have a similar effect on my crumbling palette.
Just look at that amazing cover. 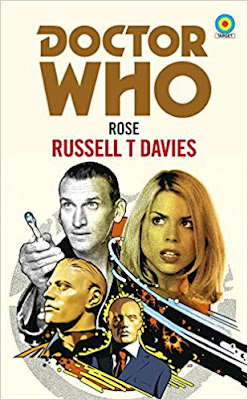 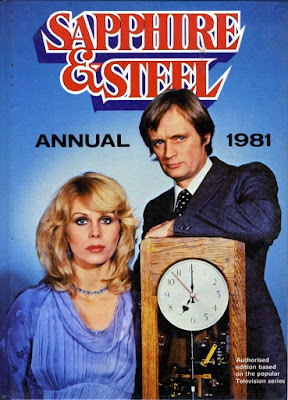 Just finished watching a boxed set of the entire series of Sapphire And Steel starring the steely David McCallum and the er...Sapphirey Joanna Lumley. What a dark edged and riveting watch. Its the closest I have come to binge watching as that practice normally ruins a good show for me. Yet this series was so atmospheric and intense I found myself unable to resist viewing each assignment, as the seperate stories are designated. The stories did not have different titles and I found myself naming them; "The One In the Haunted Railway" or "The One in the Junk Shop" or even "The One in the Creepiest Petrol Station Ever."
Written mostly by the legendary PJ Hammond each assignment revolves around a small set of individuals in a spooky location. There are no elaborate fight scenes, no gun fire, no awkward romances, none of the standard tropes for present day science fiction or fantasy. They generally involve small incidents which if left unchecked could lead to larger disasters; enter the mysterious Sapphire And Steel if not quite to save the day at least to prevent that larger fall out. Their resolutions could not quite be considered happy endings.
The two leads are just fantastic and a special mention must surely go to David Collings as the hugely likable and clever Silver. I believe in some alternate reality David Collings was cast as The Doctor after Tom Baker left the role (Well, sort of left the role when in fact he never did.) and stayed for just as many years as the great man.
Hard SF mixed with Weird Fantasy mark this short lived series like no other genre series before or since.
Did we, the viewing public, really sit though a very disturbing but riveting half hour of Sapphire And Steel only to then watch a half hour of Coronation Street?
A weird juxtaposition of programmes that showed British Television at its most British.
Posted by Malachy Coney Curiouser and Curiouser at 11:56