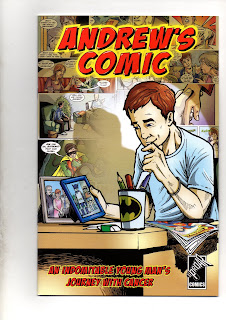 On Thursday 25th June at The Black Box,Belfast("The home of live music,theater, literature,comedy, live art and circus performances and just about every conceivable form of entertainment..")there was a very special event held to launch the one-shot comic book Andrew's Comic by Andrew Fitzsimmons. Andrew passed away on the 1st of October 2013 after a struggle with a rare form of cancer which despite his youth and fierce determination to overcome proved too much. Yet through all his trials this remarkable young man displayed an extraordinary sense of self and admirable determination to be defined as the person he was and not by the terrible disease that threatened his health and indeed his life. His personal dignity and basically optimistic humanity remained intact as this indifferent and uncaring bully battered at his defenses.
LIFE DOES NOT HAVE TO STOP BECAUSE YOU HAVE CANCER.
They are Andrew's own words and he lived by them to the very end. It is not to say that everyday he was able to bounce back with that indefatigable personality that even those who never met him but read his story have come to think about him. The only person able to do this is off course Old Man Logan himself Wolverine( And even that is down to his utterly fictional healing factor.). Andrew had his down and dispirited days and nights of struggle and pain with that insidious presence lurking just below the skin constantly attacking. Anyway, Andrew always believed that Batman would always take Wolverine in a fight, he had stated as much suggesting that Batman always came prepared. In that sense Andrew shared  the Batman actor Christian Bale's opinion that in the super hero fraternity Batman kicked ass not because of some alien origin story or scientifically enhanced super powers; he was just a brave man who could take the blows and did a lot of press ups. 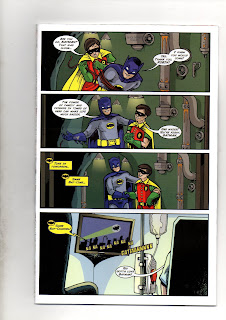 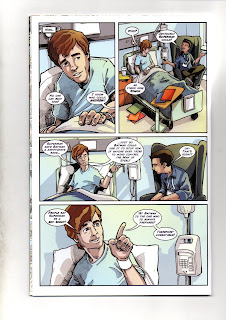 Batman was Andrew's favorite character and he had a particular fondness for the nineteen sixties television version with Adam West and Burt Ward loving its wit charm and abundance of color. A television series years ahead of its time and like Andrew himself blessed with a winning absence of cynicism. All of Andrew's family and friends were there for the occasion and witness to his affection for those characters. I have rarely been in the presence of a group of people who were united in the depth of their appreciation for the joy of having known the same person. To witness them as the evening progressed laugh together, cry together and ultimately reassure each other that they were together was a lesson in humility such as I have not known.
Simon of Clic Sargent said that having your family, your friends and professional helpers around you will help with the impact cancer has upon you. It does not even diminish with the loss of a loved one as I saw that situation continue for the family and friends of Andrew as they celebrated together the blessing of having known him. It was deeply moving to hear first Simon speak and then his brother Craig of the life and times of the bother and friend they had lost. They spoke from a small stage in the Black Box to an appreciative audience huddled together about a stage where a photograph of the young Fitzsimmons brothers struck a pose in their Batman and Robin costumes.
THE ONLY TIME I EVER GOT TO BE BATMAN Craig remarked as their wee faces beamed heroically from that happy day captured forever.
This is a wonderful piece of work put together with consumate professionalism by the people at Uproar Comics in collaboration with Andrew's own scripting. With fore wards and afterwards by those who were closest to Andrew during his life and struggles. They bookend a small body of work that will remain writ large in the heart and mind of anyone who ever reads it.
It might be Andrew's Comic but he wrote it for you. 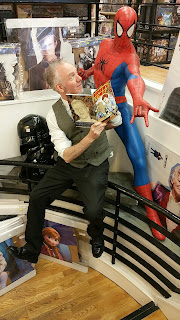 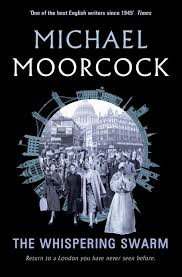 Alsacia,the name of a small community in the heart of London, a community tucked away behind a gateway that hides a fold in the world where things that might have been brush up against what we believe to be real. (King Henry III is reputed to have deeded the land to an order of friars reputed to guard a holy relic or totem of great power in the thirteenth century)Michael Moorcock stumbled across the entrance to this lost world as a young man so I know this to be true. He has returned there many times and he recalls the details of every trip with a sense of detail that borders on fictional in The Whispering Swarm even as the wheel of time grinds on and on. Reality blurs in a dreamlike way as he shares his memories of those times. 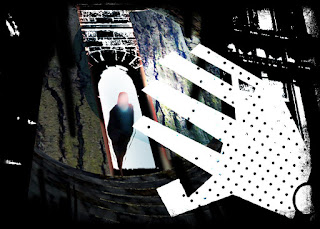 The above artwork by Mark Mc Keown (Belfast based animator and artist.)was actually also inspired by his reading this wonderful new book by the great man himself and it really is as if he is turning the pages of the opening chapters for us. Once you begin to read them you will feel like you must continue. You must go on. You must step through. 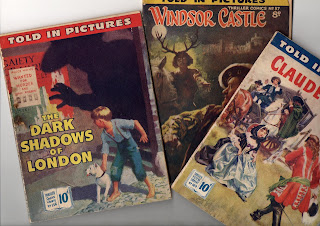 It truly seems like a lost world, that loss made all the more poignant by the quality of what we have allowed to slip away. A friend once said to me  that nothing is really lost as long as people remember. Sadly the human brain is an organic machine that ages and fails in time. Anything stored there goes with it. Its archive only valid as its owner lives breathes and articulates its content. In reading the opening earlier chapters Michael Moorcock shares with us the influence of his varied and vast reading choices. It is a world of reading filled with historic adventure with heroes and heroines of shady morality but vibrant with life. Mad, Bad and Dangerous to know as they used to say. The book itself has that lively quality feeling more like memory than fiction and I could have run all night with the characters it introduced me to. In our world, a side step from a world of tumbling fictions, Michael Moorcock is plagued by an insistent whispering buzz that only goes quiet when he crosses into the Sanctuary Of The White Friars. I had a similar problem only curable by tea with Tumnas or a pipe stuffed with Long bottom leaf puffed or a challenging chess match against Leela Of The Sevateam sitting on the floor of a Tardis. Sometimes the only sanctuaries to be had are the ones we build in our minds.
It said on the cover of this book that it is his first book in ten years. For some reason not counting his majestic Coming Of The Terraphiles. The Doctor and Amy book he wrote which stands up to rereading time and again. So many have missed a lovable treat when they passed on this book because it might appear to be part of a larger franchise. It is, it is part of a universal mind and all the better for it.As much as I enjoyed that book this one had the edge on it. It engaged me on a level that felt truly fantastical.
Like that gated and timeless community of Alsacia there is a magical relic at the heart if it which defies time and cultural change.; the memory and mind of Michael Moorcock. 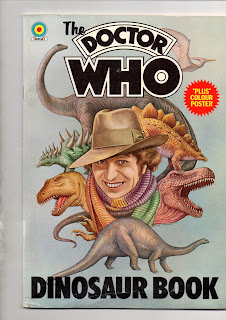 Who needs Doctor Malcolm when you can have the good Doctor himself? I had hoped for more in this series of books which were fun and informative. An unnatural history of the Doctor's home world perhaps; Walking With Time Lords or The Gaifreyan Guide To The Galaxy. Maybe in some other time stream that actually happened...Remember that great library at the center of the Tardis. 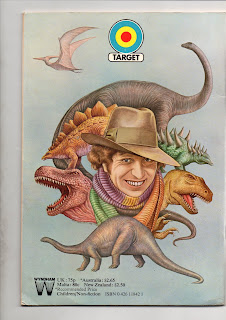