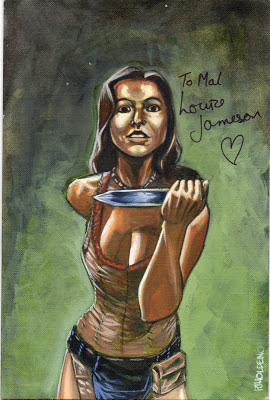 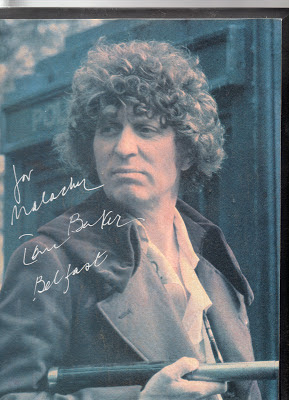 ITS SATURDAY TEA-TIME IN 1977 ALL OVER AGAIN!Ring out Tom Baker's majestic brown tones. And you know,that is what it feels like. It would appear Big Finish Productions have managed to discover the secret of time travel. it is a combination of talent, good scripting and high production values layered with dollops of affection for the material. Its Magic with Science.
Oh what a joy. A whole season of stories with the 4th Doctor and savage Leela. Six audio adventures that tick so many boxes and all of them blue. Whovanna! What else can I say.The season picks up with the Doctor and Leela departing Victorian London leaving behind them the wonderful Jago and Litefoot after a near fatal brush with The Talons Of Weng-Chiang. There is Space Station Nerva. A Morovanian Museum. Roman Britain and The Iceni. Daleks. Riots in central London(who would have thought.). There is the Master. A giant Wyrm Of The Earth and There are Kraal. All with wonderful guest performers and retro soundtracks.
Big Finish are a marvel to me. What a hotbed of talent this company is. The very best actors and actresses pass through its doors. All of whom seem willing to return to work again and again. Along with great and atmospheric scripts that entertain on every level. All carried along on waves of sound that takes you just about everywhere in space and time.
Tom Baker is on top form here. He remains for me the worlds greatest living Englishman. Born with a voice that transcends the passing years. Give him a Bafta. Give him a knighthood. Ladies and gentlemen, boys and girls, give him a big hand. Tom Baker. Sigh.
Louise Jameson is equally spot on. The years have been kind to this dear lady. She seems even more talented than I remember her as a child. Her Leela rings so true. The feral warrior with the true heart. By turns brave, wily and witty. And I mean Louise as much as Leela. I could listen to Louise Jameson talk all night. Listen to the extras at the end of each adventure and you will see what I mean. Leela has some of her finest moments here. They expand on the notion of her being on an Eliza Doolittle learning curve experiencing a growing enlightenment as a companion to the Doctor. Losing her savage belief in magic to an understanding of science as an explanation for events. The tone is occasionally darker than that of the originally transmitted material but it never strays into feeling like some thing other than the period that it originated from. Some of Leela's attempts to understand the motivations and actions of others are insightful and warmly human. An endearing foil to the Doctor's occasional alien excesses.
What a season this is. Six stories that range from Gothic science fiction to historical drama and Ken Russell/Bram Stoker inspired Peak District Looniness. With such attention to period detail and invented possibilites you realise the only limits here are the listeners imaginations.
Geoffrey Beavers is in here. What a voice. What a magnificently nuanced voice. Sibilants rattle as he madly rages.
Micheal Cochrane is in here. Playing a wholly English character with all the virtues and vices this entails. The sun never set on his characters Empire.
Rachel Stirling is in here. Proving that talent does not just run in her family. It gallops like Arkle.
More please.
During this period of Who in '77 I still missed the lovely Liz Sladen as Sarah Jane smith. The show was changing yet the presence of this savage aboard the Tardis felt right to me. I was changing a bit too. My mum had been having a bit of a hard time so this other family took me in over a long summer past. They were a lovely family and when they took me in they treated me as one of their own. Although they did cut off all my hair and put me in shorts. Not for any mean spirited reason. I think they feared the thick foilage on the top of my head may have harbored nits. Not unlikely. My own ma said my bugs wore hard-nailed boots. She used to drag a nit comb through my hair that could have deforested a strip of bush in the Amazon. Up to that point I had grown a wild shock of thick curly hair. My Tom Baker hair I proudly believed. I was probably more like Stig Of The Dump. A feral Gallifreyan wild child. So they took me to a barber and had it all chopped off.  What a sight I was to my brothers and sisters with my shaved head, skinny body and shorts.
Even minus my sock of curly hair I thought Tom Baker the coolest looking person ever. He remains to me now as then magical. His image combined with the growing influence of punk rock which had crept across the sea and penetrated the bubble of the Northern Irish troubles began to weave a spell upon me I would carry for the rest of my life. Just the seed of change when change was what was needed.
Anyway, I believe there is another story in this series out there. Night Of The Stormcrow. A story that sounds just great.Available to subscribers only. I have never subscribed to  nor belonged to anything(apart from the Dennis the Menace fan club. I used the pass for i.d. back in the day. It never failed to gain me entrance to pubs or nightclubs). For the first time I feel like I may be missing out. Oh well.
As I said this season was a joy. It might seem old fashioned. It is not Timey Whimey. It is not humany wumany but it was a series of really well made engaging adventure stories.
Would it be so wrong to want more?

The Game Is still Afoot. 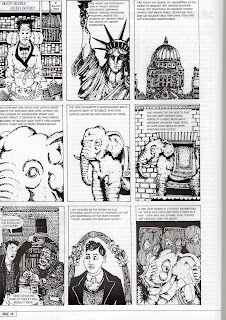 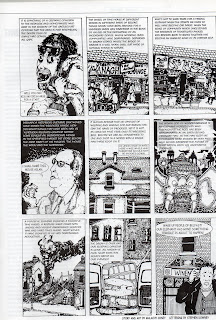 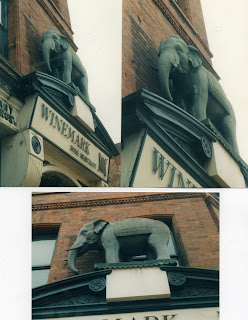 It was no Study in Scarlet and I am no Sherlock Holmes but it remains a mystery to me. Where did the Elephant go? Who took it and why? It is now ten years to the month since I wrote and drew this strip for fortnight magazine. It was the first thing I submitted to the then editor Malachi O Doherty. He greatly encouraged me to speak in the medium I was most comfortable with and wanted to communicate ideas through. Hence the monthly slice of Boobie-Babble that was Ouija Board Ouija Board. I remember at the time the mystery of the vanishing Elephant was unfolding in real time. I expected developments. I expected answers and in real time they never came. I felt I was Truman Capote and this was my In Cold Blood. The mystery remains just that. As yet I have no resolution.
Please do not mock.
Even though it might appear more Scooby Doo than Ripper Street.
That Elephant remains a pretty damn charming icon of a former time now passed.