Keeping Up With The Kongs. 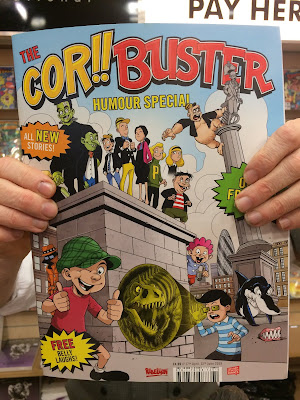 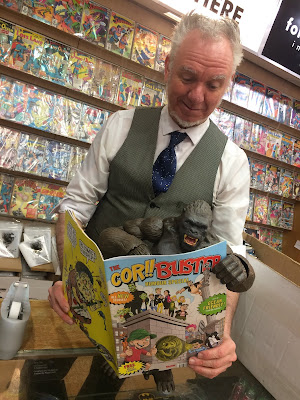 Promoting literacy at every opportunity. Teaching The Mighty Kong to read. Mind you, it was easy after he discovered his grandson Kid Kong is in it. Marvelous fun.
Posted by Malachy Coney Curiouser and Curiouser at 03:01 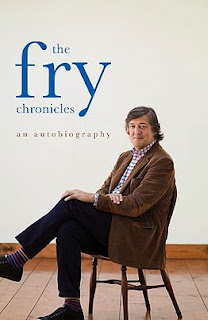 I have felt so entertained (Oh-Er vicar) by Stephen Fry for so many years I actually felt as though I knew him. And having just finished this collection of memories by him I am not too surprised to learn that I almost did. Not in the Biblical sense(No, Madam, Leave it out!) but in the simple way I would have judged him and presumed to understand his actions.
I actually did feel touched(And that is quite enough of that..) by him and that was while watching his extraordinary documentary The Secret Life Of The Manic Depressive. Emotionally moved by his allowing the camera to capture the uncomfortable nature of the condition. There is nothing of the romantic struggle about what the poor man is forced to go through. It showed the painful daily grind of a condition which will not let go and has no seeming empathic shortcut. Like almost all emotional turbulence once one finds oneself in it, one must simply endure.
What a full life though. He is so candid and lovingly honest about his least appealing characteristics. He charms and he illuminates as he goes along the yellow brick road of life, not looking for a brain but so willing to share the one he has been gifted with. There is a lot in this boo but one gets the feeling there is also quite a bit left unsaid. It is the nature of showbiz memoirs, respecting other people's privacy, and also forgiving the mercurial  nature of a life in the performing arts. The ups and downs and the ins and the outs, in every permutation the human mind is capable off. If you can think of it, you can be sure someone has been it. Theres nothing so fantastical as real life.
Check out Mister Fry's appearance on University Challenge. It must have felt like arriving at the inner circle of the King of Scholars and his retinue. His face shines with the awkward optimism of youthful forbearance, the stoicism that comes with just almost knowing the answers.
Posted by Malachy Coney Curiouser and Curiouser at 03:00 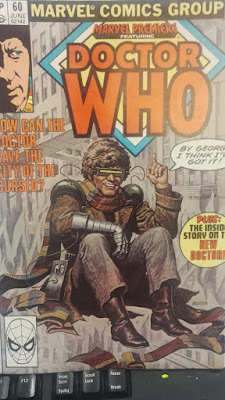 Check it out. The Doctor using a VR set way before we had a name for them. It is an old yarn, City Of The Damned in the UK, City Of The Cursed in the US. These stories mean so much to me. The pleasing associations with racing to the newsagent to pick up Doctor Who Weekly in yesteryear.  I had to race past a bullies house, he had one eye and a speech defect and he troubled me on a daily basis. "NOCNOR WHO" he used to call me before attacking me.
Never dampened my enthusiasm for a second.
Posted by Malachy Coney Curiouser and Curiouser at 03:00 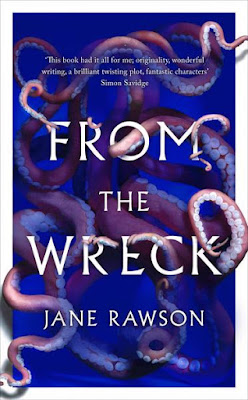 It was the octopus tentacles tentacles on the cover of this book which drew me to it, the suggestion of some sub-aquatic nightmare manifesting was just the sort of story I was in the mood for. Yet this book delivered in ways I just did not expect.
The survivor of a ship wreck his post trauma life and times haunted by an awareness of an otherworldly presence, one that possibly saved him and sustained him through the hopeless days when his life hung by a thread. A being that may have compelled him to perform an unthinkable act in order to do so. Consider what you might not do in order to prolong your time as you wait hoping for rescue, when you float surrounded by the bodies of the dead.
A shape shifting being adrift in time and space trying to survive in a world it was not created to exist upon. Manifested but hiding in plain sight, an awkward mimick that masks something other than human, a condition all too human off course.
Jane Rawson draws such sorrow from this situation, the pain of existence post trauma. Insightful and continually surprising as she draws a disparate group of characters together and into situations that at times stretch credulity to a  Maupinean degree, rendering it entirely plausible in this confusing and bewildering world we share. It is an interesting conceit to establish that an elder being from beyond the stars has any more control over their destiny than any of the rest of us.
The game of life plays out in this outre text, each character receiving unfair degrees of success and failure as they attempt to survivetheir own lives and times. The ups and downs mirror images to each others experiences.
Until the reader comes to see that the truth of being a human being is to acknowledge that it is our lot in life to marvel at what a lot of life there is.
Genuinely moving.
And that is from someone who did not weep as Tony Stark heroically passed. 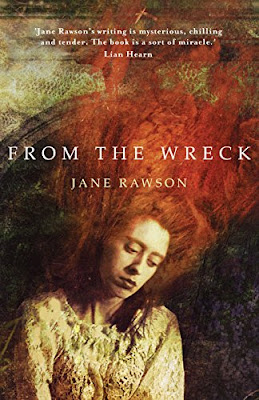 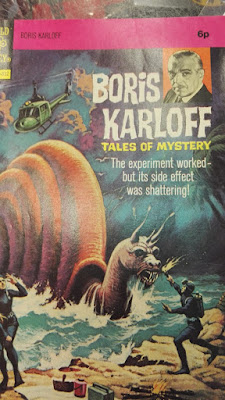 Just look at this issue of Boris Karloff Tales of Mystery, number #51 from December 1973. is a great wee title based on the anthology series of the same name. The comic follows the same basic theme with Mr Karloff acting as host introducing us to a world of bad dreams and nightmares.
In this issue there are stories involving pirates and sea monsters, a forest beast and ancient burial mounds, Giant alien beetles in the sewers and off course a beach being menaced by a monstrous snail.
They do not get too hung up on explanations for the appearance of the giant snail; ".. a bestial cry that has not pierced the air for 100 million years. A giant prehistoric shelled creature! it was hibernating in some fantastic way, and the rock slide freed it!"
100 million years. That is one long snooze.
Its a story called She Sells Seashells.
Try saying that fast.
Check out Mr Karloff in his scuba gear. He wears it with such gravitas. 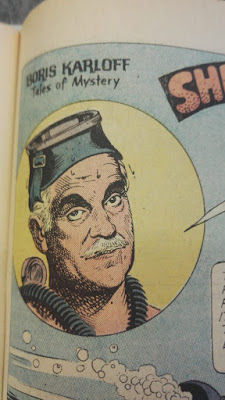 Showdown At The Auton Factory 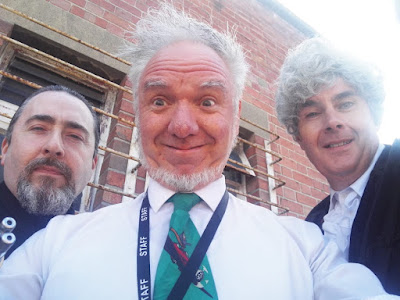 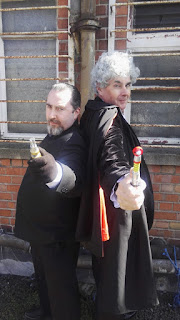 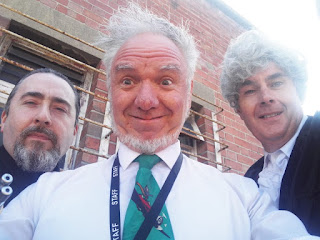 "Bring On The Killer Daffodils!"
Posted by Malachy Coney Curiouser and Curiouser at 03:00 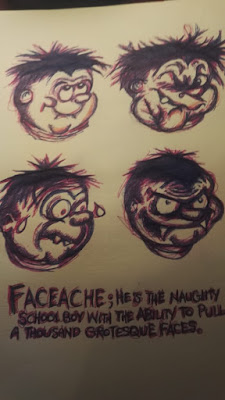 ( From my sketch book-with respect to
Ken Reid.)
Do not try this at home, you could
give yourself a full frontal
Face Hernia.
Posted by Malachy Coney Curiouser and Curiouser at 02:59 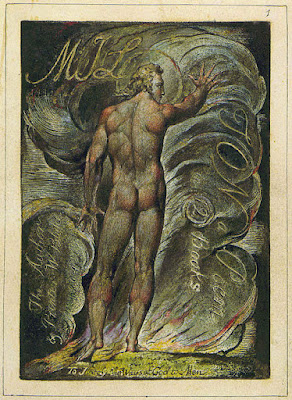 "How you are fallen from Heaven
O Morning Star, Son Of Dawn
How you are cut down to the ground
You who laid the nations low." 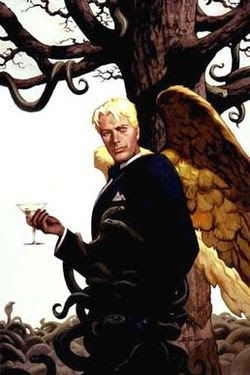