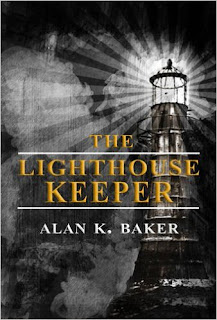 There is a light that never goes out.In this case it is the light atop the lighthouse on the remote Scottish island of Eilean Mor. Yet one dark night in 1900 a three man crew manning the lighthouse vanished without trace never to be seen or heard of again. Stopped clocks, abandoned posts, no clue as to what occurred. It is a mystery that echoes down the ages to the present day when a team of enviromental researchers arrives to document the wildlife and ecology of the island. Almost from the beginning they experience sights and sounds beyond their understanding as the world as they know and understand it takes a turn for the terrifying.
There is just something about the idea of a haunted lighthouse, an isolated group of scared people and a mystery that defies easy explanation which makes a heady brew that is intoxicating. I have been hooked on the idea of a lighthouse crew in danger I believe since I  first saw the Triffids put one under siege in the movie version of Day Of The Triffids.It was off course cemented forever there after The Horror Of Fang Rock.One of the true classics in the fourth Doctor/Leela season. As a slimy glowing eyeball shaped alien shifted shape and created mayhem on the benighted rock which was tended in order to save lost souls from a watery grave. Talk about a base under siege story. 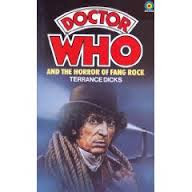 Alan K. Bakers novel set in two time periods ramps up a sense of growing unease in both that turns to full blown horror. It is detailed and atmospheric and peopled with characters that feel very real. When the inexplicable occurs they behave as a normal person would and points it out rather than gazing enigmatically into a foggy night in search of gravitas. As I always suggest in moments of extremity "If You Are Scared Scream!" .the rocky landscape and remoteness of the island where the researchers find themselves walking in the footsteps of vanished men is a sterling location for mystery. I was at times reminded of MR James, of HP Lovecraft and the Cthullu Mythos and I was especially reminded of William Hope Hodson's House On The Borderlands.All very strong and very positive associations. I bullet point them in the hope of broadening this novels appeal. I picked it up after midnight on a rain lashed night and my background music off choice happened to be Low by David Bowie and by the time the second side was playing the text and the music were truly wedded.
Really gave me a late night to remember. 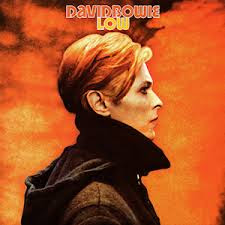