Up On The Roof. 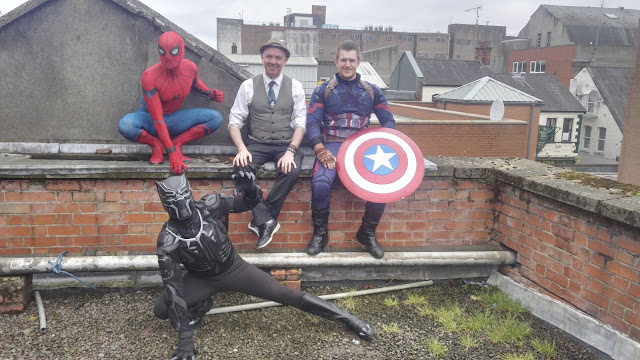 I like this roof. It always make me think of Steve Ditko's rooftops of New York. One would have to have a strong stomach to deal with the heights. i once stood on the roof of the Marvel building in New York, watching the lights wink off as the night drew on and the sounds of the unsleeping city rose up all about. I never had such a sense of restless slumbering as i did on that roof.
New York is the jewel in Americas crown. Although one of the things I really liked about the city was the idea that a derby hat was cooler head wear than the most bejewelled of crowns. Before I arrived in the city a friend gave me a street map and suggested the most sensible of routes for navigating the grid system.
Off course I really had no use for it.
I was in great company and that is the only map that has meaning for me.
Posted by Malachy Coney Curiouser and Curiouser at 03:26

Welcome To The Universe. 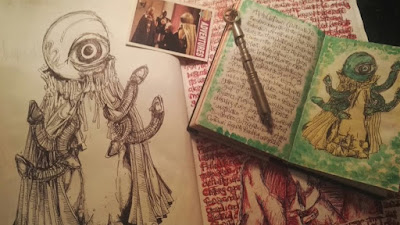 (From my sketchbooks.)
Posted by Malachy Coney Curiouser and Curiouser at 03:25