With The Tiger Lillies at The Mountain of Madness 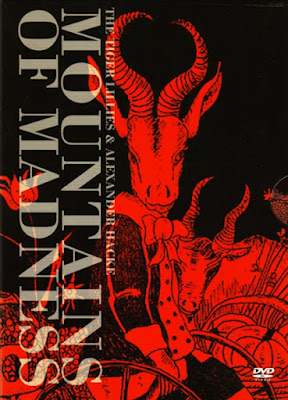 I can think of no better company for Halloween Night than The Tiger Lillies and in this instance we join them on a musical voyage to The Mountains of Madness across Lovecraftion soundscapes created by themselves and their willing sinner and fellow voyager  Alex Hackes. The whole enterprise comes in the form of a live theater performance of thirteen songs, with the Tiger Lillies on wondrous strange form. Martin Jacques voices oars between worlds taking us on an unsettling journey into the mind of Lovecraft as in between songs Alex Hackes does readings of selected scenes from his work (Whilst also seemingly channeling the spirit of early Brian Eno Roxy Music performances in front of a bank of audio instruments resembling sixties NASA ground control panels.)

At around an hour it is not the longest of journeys but as it exists in the form of a lovingly rendered DVD production with some stunning sleeve art and on stage projected imagery by Danielle de Picciotto,  the option is there to start again or move back and forward as one chooses. It arrived at my house as an unexpected and very exciting gift from my old chum Paul who may have been prompted by the unseen but almost certainly present Spirits Of Samhain. His odd deed of the week a thing of beauty.

A great and terrible beauty. 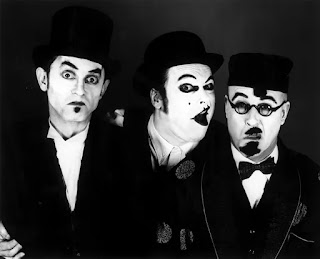