The Doctor and Davros sat Under A Tree. 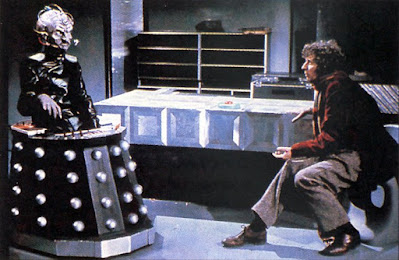 Picture the scene. Following a harrowing interrogation The Doctor sits in Davros science bunker on the war ravaged planet of Skaro,  talking to his great nemesis, not as enemies but "as men of science." Its one of the great moments in a truly classic story.

The Doctor; Davros, if you had created a virus in your laboratory, something contagious and infectious that killed on contact. A virus that would destroy all other forms of life...would you allow its use?

The Doctor; Would you do it?

Davros; Yes. yes, to hold in my hand a capsule that contained such power. To know that life and death on such a scale was my choice. To know that the tiny pressure on my thumb, enough to break the glass, would end everything. Yes i would do it. That power would set me up above the Gods! And Through The Daleks I Will Have That Power!

The Doctor; Well in that case, Davros Old Sprout, no more jelly babies for you.

Well, all right, the last line was mine. Inspired by some new pics sent to me by the chameleon like Joanne Alexander, in her fourth Doctor costume. Just fantastique!You know what, Tom Baker himself would love these. They would remind him of the best days of his life..

As they do for me. 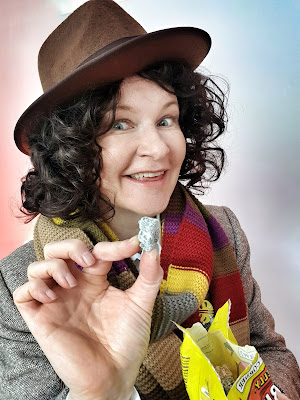 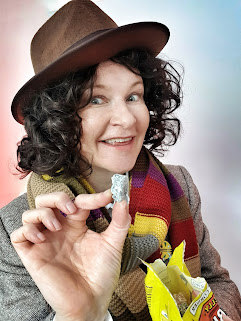 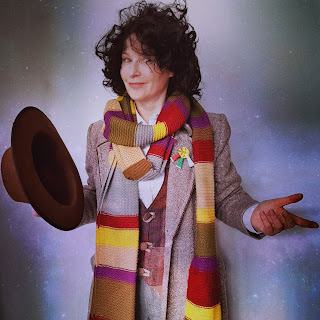