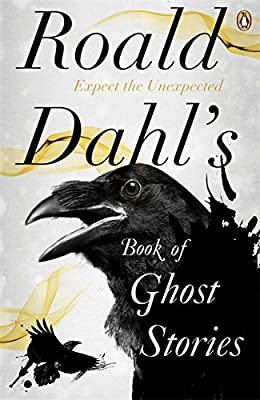 The last couple of years I have been uploading some suggested reading titles for the Season Of Samhain but this year I have added just the one and its a good one. It is an altogether unexpected treat, which is most likely not an entirely unexpected thing to say given this is the writer most famous for regaling us for decades with his tales of the unexpected.  Was I yielding to temptation and exercising a lazy pun with regard to Roald Dahl's vast body of work...probably. But then what is a ghost story if not a tale of the unexpected? Or perhaps that notion just rests too comfortably on the time worn tropes of " ghostly" storytelling. Anyway, this master of the tale with the sting in its tale, the twisted ending has made some excellent choices to make up this collection. Apparently he read seven hundred and forty nine stories and whittled them down to this spooky fourteen.
He details in the forward his search for the very best in ghostly yarns. It sounded like an exhaustive experience for him and unexpectedly ( ugh,sorry, its so easy..) tedious chore.. Throwing the net wide I would have thought he managed to trawl in some brilliant choices among that search, yet it sounds like he had quite the opposite experience. He seemed to find the search something of a dreary experience, not liking or appreciating the quality of the work he exposed himself to. He seemed to unearth work he considered nonsense, silly stuff unworthy of those who produced the work.
For all that though, he did produce a fantastic volume of those he considered worthy of reprinting and having just finished the book I applaud his choices. As i said, there were some obvious and even well known choices. Among them a Robert Aickman story which I found marvelous. I had heard a radio play adaption of Ringing The Changes and found the production right up there with the very best of the BBC Mr James adaptions. This was my opportunity to read the original text which I had not until now. And I now consider that adaption to be even more impressive as it takes the very best of Robert Aickman's writing and makes something aurally traumatic out of it.
I have also heard a stirring reading of The Upper Berth by f Marion Crawford on the Bite Sized Audio station on Youtube (a great companion during the long lonely lockdown.). Again it was nice to read it as opposed to having it read to me.. I found it wonderfully atmospheric, not at all like the painfully self conscious material of the era we are living through, and all the better for its age.
There were a couple of quite emotional moments in this series of stories. Not such a surprise when one considers a genre rooted in the echoes of lives past. i would not wish to single out a favorite but I did find Playmates by A M Burrage exceptional. Such beautiful writing. The haunted lives of a misanthropic pretend family in a remote marsh bound house, where lonely and broken people weave the threads of kinship from their mutual disconnection and loneliness. Heart aching rather than breaking, i felt sad and yet warm by the end. It is a quality I have found in other books, most memorably The House Of The Seven Gables by Nathaniel Hawthorne, with sad Hepzibah and her wronged brother Clifford and also in that best remembered literary misanthrope Silas marner by George Elliot (Mary Ann Evans.) those memorable characters you want to find happiness in their lonely lives. While you read and watch, like watching a time lapse film of a flower beginning to bloom as it is kissed by the warmth of the sun.
Its a lovely collection with some fantastic choices.
Oh Mister Dahl, with these stories you are spoiling us.... 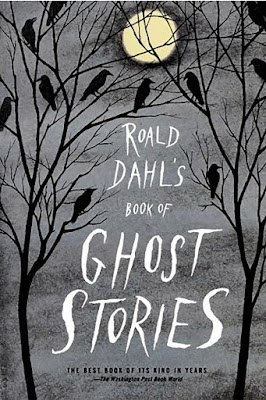