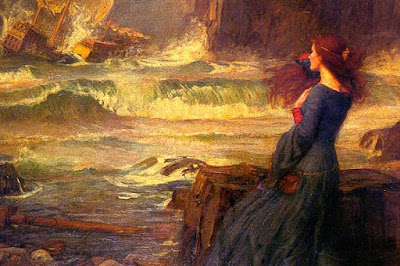 I have read somewhere that The Tempest by William Shakespeare was the last play he wrote entirely on his own (whoever you personally believe The Bard Of Strafford really was, the son of a glove maker, Christopher Marlowe in hiding, Edward De Vere, whoever..) It certainly feels like the end of something. Prospero is winding down his time as a mage, he releases Ariel, puts away his books of magic and breaks his staff. He steps back from all that is Faerie and re-embraces his mortality.in writing it Shakespeare also seems to part the veil somewhat between those who followed his work and the man himself. As though he were speaking to his audience and looking directly at them through Prospero's eyes as he draws down the curtain on a world of magic.I feel that play has parellels with Blackstar and its proximity to the twilight of a man who has lived so long immersed in a modern magic of sorts.
There is a melancholy quality that runs like a rich seam through Blackstar. There are tracks that allude to times and tunes past, well remembered songs and their composition. A track such as I Cant Give everything away feels like a track left off Low or at the very least a song recorded in a studio not so far away from the time and the place that wonderful album was recorded in. Let yourself be swept away by Blackstar and you will see what I mean. With Bowie's passing it feels as though a certain magic has gone out of the world. A sprinkling of stardust that allowed the wingless to fly. 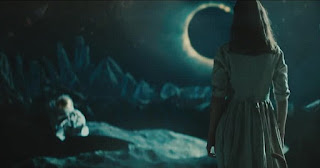