Demons In Your Back Garden. 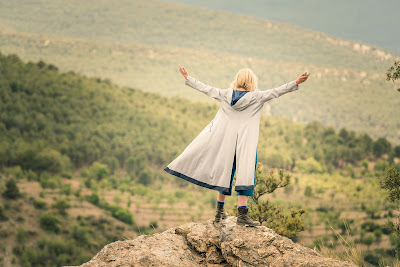 The Year is 1947, the place India, and the partition , the artificial separation of a continent along religious, political and ethnic lines is about to take place, and into this maelstrom of events come the current Tardis crew. This partition lead to the creation of two independent nations, India and Pakistan.
"We've lived together for decades , Hindu, Muslim and Sikh. And now we are being told our differences are more important than what unites us." So says Prem, the young man Yaz's grandmother is about to marry. Prem is a thoughtful, hardworking, family orientated war veteran who has come back to his beautiful Punjab farm stead to wed and put down roots far from the battlefield. He is a lovely human being and a man who would be perfect as anyone's grandfather or husband. Only thing is; he is neither to Yaz. This man is not her grandfather. So who is he and how is his story related to the mysterious broken watch Yaz's grandmother has passed down to her as her most treasured heirloom?
The Doctor had taken her friend back in time against her better judgement. We have seen as recently as Father's Day that this does not end well. The Doctor once helped Rose be there for her dying father's last moments and reality came undone. She offers Yaz one hour, one hour to perhaps find a clue to the mystery of the family heirloom. And off course this is simply not time enough. What follows is one of the most beautifully shot episodes of Doctor Who. On a par with The Doctor And Vincent for sheer splendour of location and its use. The writing is simple,yet almost poetic by turns, the musical score haunting and gently thematic. The Demons are not the monsters they appear to be, something of a theme this season. The monsters in this story have not crossed the stars, they have crossed a few fields. 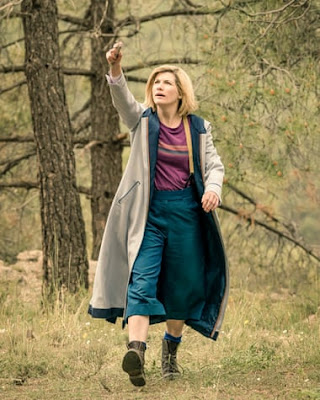