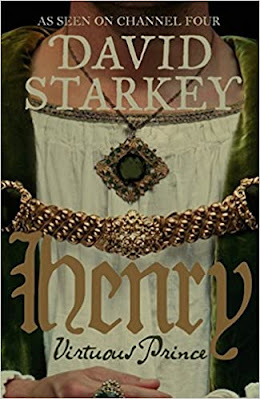 It was supposed to be Arthur the first born. It was in Arthur his father the king had invested the bulk of his hopes, to anchor the Tudor dynasty, to cement its in the shaky foundations. Named after the most famed ruler of Great Britain and destined to rule through a new golden age, an echo to a legendary time passed...

And yet, for good or ill, Henry V!!! is one of the most enduring and iconic figures in the history of the monarchy and I also suppose, for good or ill, David Starkey is one of the most enduring writers on the subject of monarchy. He is possessed of a vast knowledge on the subject of the history of the rulers of the British Isles with seemingly a particular fascination for the Tudor dynasty and it is certainly understandable as it is an inexhaustible subject.The impact and the influence of this breath takingly dysfunctional family and their religion and politics continue to reverberate the generations that followed. Henry was not born to rule, that honor had been intended for his older sibling who died but five months in his marriage to Catherine Of Aragon, throwing his father's plans into disarray. He not only loved his eldest son but he needed him to cement the hard won and delicately balanced union between the empires of Spain and Great Britain. Its how they did things in those days. Shared blood lines were the very best form of contract, keeping the hoi poloi on top. David Starkey manfully grapples with the early years of Henry's kingship, an attempt to resurrect a golden era of heraldry and the more romantic and idealised notions of monarchy, a new Arthur indeed. The young Henry was the envy of Europe, a ruler the many kingdoms of that troubled continent would have been proud to lead them, an upright, powerful and virtuous prince., before the corruption set in, which would warp this promising prince into a disease filled pyscopath. Here was a living breathing example of the time worn trope that ultimate power will corrupt ultimately, as one charts his journey from aspiring rightful ruler to selfish despotic and sadistic brute.

I cannot help but come to the conclusion that there was a pathologically murderous streak of insecurity running like a ripe vein through the blood stream of the Tudors. i suppose their claim to the throne was so tenuous that it could be rightfully said that many of those who hung like ermine draped vultures about the throne had stronger claims to that position. most interestingly about this book is also the rise of Cardinal Wolsey, friend and mentor to the young king, the man who would serve him most loyally and be abandoned most profoundly. Henry killed a lot of his friends and indeed his lovers. Literally mad, bad and dangerous to know.The Tudor's throw shade on anyone else's claim to courtly infamy. And by all accounts David Starkey knows his stuff, he even acted as a special advisor on the television series The Tudors, although that struck me a bit of a mix of bawdy carry on movie and Dawson's Creek. Perhaps Carry On Dawson's Creek.

Really dis enjoy this book and learning the details of the earlier period of Henry VIII's life. When you spring from a family tree like The Tudors it is usually the people you know who will be the death of you. Yet it was Henry who made everyone else a pawn on the board of his life, not a man to be checkmated.

Henry was no pawn in anyone else's game.

A game he sought to win by flipping the board. 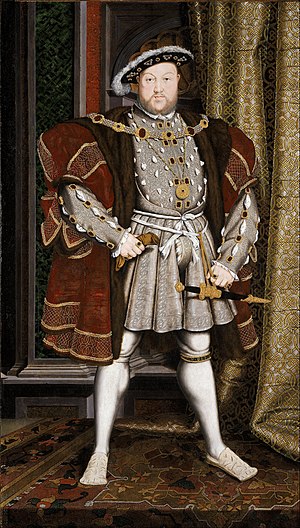 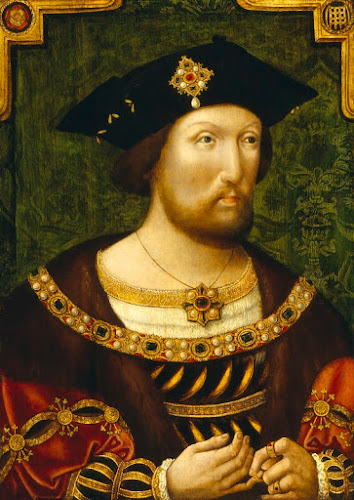