A Recommendation to The Curious. 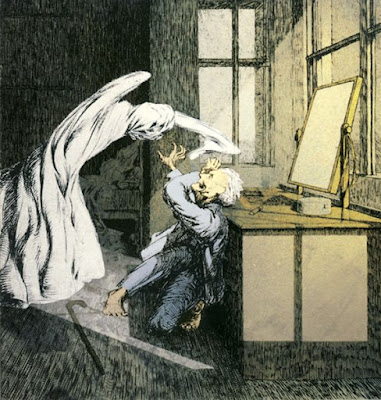 "The sun was down behind the mill, and the light was off the fields, and when the clock bell in the church tower struck seven, I thought no longer off kind mellow evening hours of rest, and scents of flowers and words on evening air, but instead images came to me of dusty beams and creeping spiders and savage owls up in the tower and forgotten graves and their ugly contents below, and off flying time and all it had taken out of my life. And just then into my left ear-close as if lips had been put within an inch of my head, the frightful scream came thrilling again."
The above was a brief extract from an M R James short story A Neighbour's Landmark. It is not a story I am overly familiar with but I would single out this short piece of writing as a lovely example of just what a fine writer James was. A beautiful set up  of rustic charm which pivots and slides into unfathomable terrors. A roofs edge nicely balanced paragraph that is equally descriptive as it is mood setting. There is as much Turner as there is Poe in this piece of writing,the work bleeding from the edges of the canvas of the reader's imagination, in ochre and gray hues.
M R James body of work can be found in many editions. He inspires as many formats as artists who seek to illuminate the tales. The two editions I took to read over the Christmas holidays are two nicely put together paperback editions from Penguin. Easy to carry, hard to put down. Went for a walk today down a frosty country lane that runs between an old Protestant graveyard and an equally old Catholic one. Leafless trees hung weighed down with frosty moisture in protective groupings around the resting places of the long deceased. Reading M R James is the perfect prelude to such a winter dander although it renders the darker corners somehow seemingly unquiet. 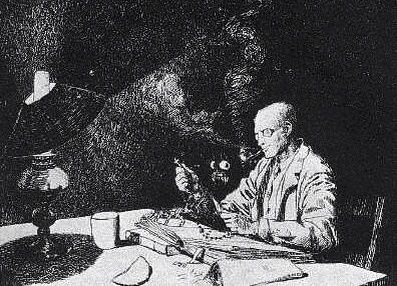