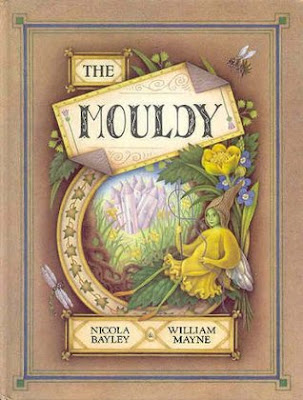 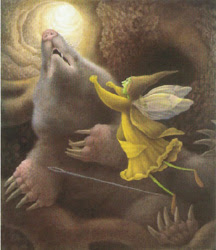 The Mouldy is an intruder in The Great Garden Of The world, bringing Anarchy, Mayhem and Fear. From his palace The King warns;"Hear the worst.Mouldy intends to spoil The Great Garden and leave it lost and wild." The King sends the bold Soldiers Of The Thistle, to no avail. Talitha, the wily and brave daughter of The King decides to take matters into her own hands and the story unfolds above and beneath the mulchy and fertile soil of The Great Garden.
I finally picked a copy of this storybook up just this week, having first heard of it over thirty years ago, sometime in the mid eighties I think. It was read aloud by Neill Innes in an episode of a television show called The Book Tower( I did continue to watch this show even after my hero Tom Baker no longer hosted it. I did enjoy it but it never quite felt the same for me.) It was a beautiful and atmospheric reading with a camera moving across the stunning artwork by Nicola Bayley with an enchanting sound suite and a spirited and endearing performance by the very lovely Neill Innes ( He of Bonzo Dog Doo-Dah Band fame. The Urban Spaceman himself.)
You know I think I initially watched the Book Tower with the same degree of impassioned interest I also watched Top Of The Pops(hoping for a performance by Siouxsie And The Banshees or The Cure Or Public Image Or The Skids or The Rezillos or..) It was a great way to discover new books or get excited about new artists and writers.
No wonder people used to laugh at me.
No wonder they still do. 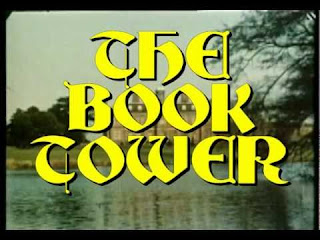