The Massacre Of Mankind. 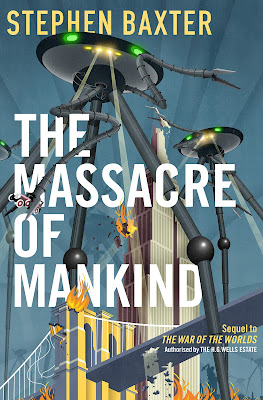 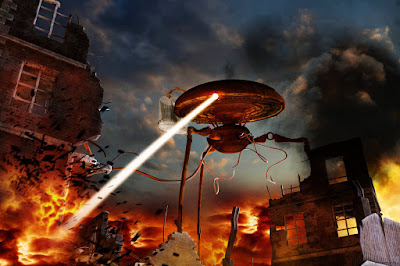 Stephen Baxter once wrote a well received sequel to H G Well's The Time Machine. I think it might have been his first published work. Wow, no pressure there. Now he has just gone and done the same thing for the seminal and Genre affirming War Of The Worlds. A book written over a century which has never been out of print and one which has inspired a host of adaptions, movies, television shows , comic books and even a musical. H g wells was a profoundly influential creator whose written work has been much beloved by generations.(The most recent and enjoyable variation on that theme being Wilds End by Abnett and Culbard. A fantastique anthropomorphic take that is genuinely exciting and authentic to the period and tone of the original novel.It was one of those comics that seems to come along every now and again that has me agog between issues. Is it out yet?Is it out yet?)  The book comes from an era where the intellectual is revered and heroism and belief in the basic decency of mankind is the default position. Although he was never blind to the atrocity mankind is capable and the gruesome burden of moral ambiguity in times of war. When the necessity of virtue is never more imperative. It is not so much nature but mankind who abhorrs a vacuum.  We fill it with beasts, Sometmes alien ones because that gets us off the hook.
Mind you this is actually about an invasion from Mars.That being said their presence on Earth changes history as we know it. Certain conflicts which shaped our familiar world, or the world as our learned history leads us to believe in, have either taken directions or forged events differently.. Its a different world because of what the invasion spelt for the destiny of mankind so we are in speculative history, pure science fiction territory. Stephen Baxter navigates these unknown waters with the aplomb of a born Shackleton.( You know I almost wrote Schalken there. Now that would have been an entirely different context.) It is a tense novel with old school discovery and heroics. It uses characters from the original book in interesting and quite believable ways.Even that text itself becomes an artifact of the possible real.
A great book.
Ollaaaaah! 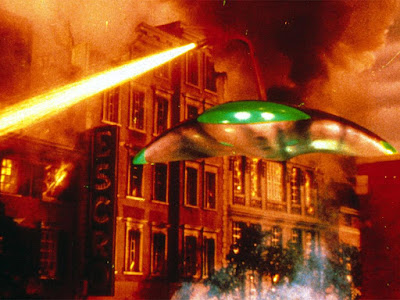