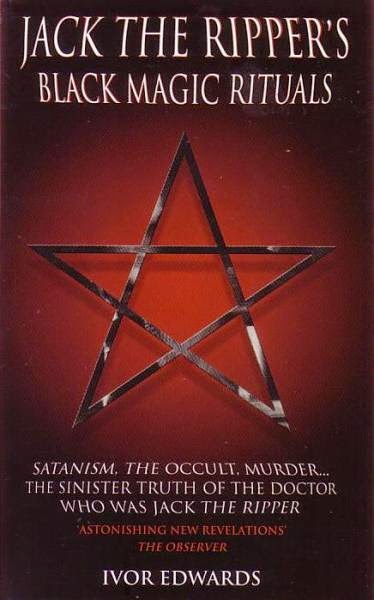 Just finished another book that puts forward another theory for and suggests another identity for the man behind the nickname for the most notorious and mysterious series of brutal and sordid murders known as crimes of Jack the Ripper. Like the best of such theories it is at once compelling and secondly colorful (If such heinous acts could ever actually be considered such. I refer only to the outre nature of the whole Ripperology conceit.) This book suggests the trappings of Black Magic Lore and its associated modern mythologies as a reason for the Whitechapel centric location for the murders. The routes taken by the victims and their killer painting an inverse affront to the christian God on the pavements of old London Town. Ivor Edwards relays information in an almost conversational style that makes the reader feel he is in some smokey pub snug listening to an old ex cop reliving his foggy days on the force, His theory is one that would lend itself to serious consideration if you are one prone to considering such things seriously. One of the most disturbing aspects of absorbing this dark lore is the notion that the more one learns about the city in which these crimes festered they may not have even been the very worst inhumane acts taking place. The stews and warrens of London at this time were a miasma and breeding ground for countless degradation. Yet the ghetto areas also provided a haven for many immigrants from Ireland, Europe and The Far East. In the hardest neighborhoods they struggled to make ends meet and lay the seeds  for a future Britain which is still taking shape all around us and which for good or ill continues to influence us. The notion of social reform and a way out for those born to walk its mean streets must have seemed as unlikely as flying away from it all to Neverland. The Nemesis Of Neglect John Tenniel named it in in his famous sketch. That Nemesis drifts through the pages of Ivor Edwards book even as he attempts to put a face and a name on the monster of the piece.                                                                                    Robert D Onston Stephenson is the name put forward to support the title of the book.  A familiar name and one I have seen in the frame before, He had been questioned by police at the time and was resident as a patient in a mental institution in the area at the time of all the canonical  Riper murders. He was a singular fellow who made a private study of the occult sciences and was said by those who knew him to project an aura f theatricality and mystery. He even knew Alistair Crowley which certainly suggests he moved in swarthier circles than many of his fellows. It is thought by some that he also murdered and dismembered his own wife before disposing of her boy in The Thames.
Edwards hits the pavements and counts the retraced steps of killer and victim conjuring his own theory into life. The old street maps are like veins of some dead beast on an autopsy table before you. In your minds eye you find yourself hovering above Whitechapel  watching the bloody craft of the Ripper take shape. The Minotaur in this Labyrinth is all too often imagined in an opera cape and a top hat like some theater fan or stage magician.. Poverty and despair wear altogether different clothes and the only magic in its story is very black indeed. 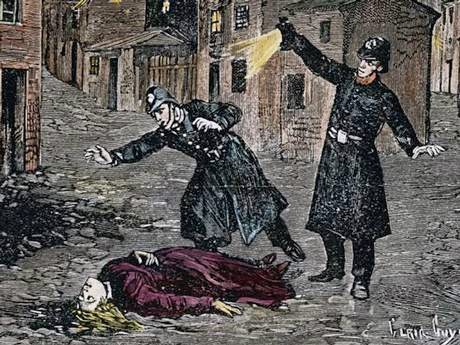 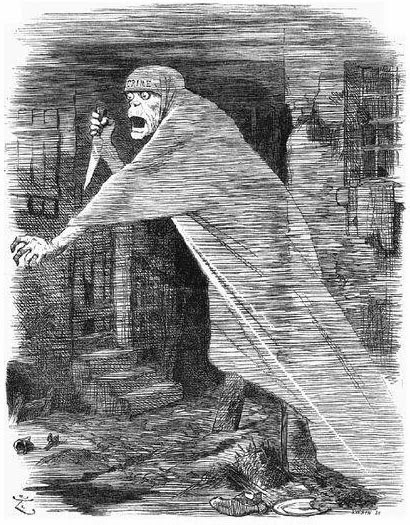