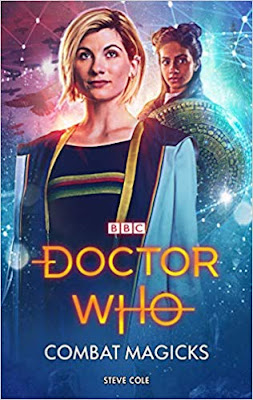 " We had to meet the enemy a mile away,
Thunder in the air and the sky turned grey."
Eddie Tenpole, Tenpole Tudor,
The Swords Of a Thousand Men.
Its The Doctor in a war story, off sorts. Fighting alongside, of all allies, Attila The Hun. They say war makes for strange bedfellows and Doctor Who has never been short of those. The year is 451 AD and the Gaul The Doctor and her chums find themselves in is nothing like the one Asterix and Obelix inhabited. Its a dangerous and very smelly place. Allies become enemies and vice versa in this quite epic tale by Steve Cole that rounds of the trilogy of books published by the BBC that celebrates the first season of Jodie Whitakers tenancy of The tardis.
Steve Cole absolutely channels the characters and this is amazing given that he surely had not seen a scene while he wrote this, probably working from a "show bible". It would have made a stand out episode and I do not think it is too much of a stretch to consider it one. 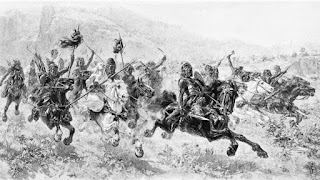