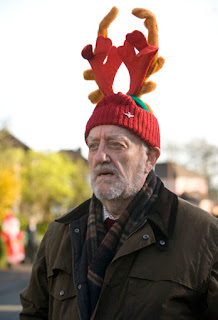 "Ninety is just another number.I am gently going down the slope..." so says national treasure Bernard Cribbins in an interview in The Times(Wednesday 28th November) regarding his age. Such is the familiarity of his voice you can hear him say it in your head as you read it. Famously the storyteller and voice for all The Wombles its a voice that feels as affable as the human tones are able to sound. Engaging and joyful and seemingly ageless he is the favoured uncle for generations.
Who could forget his turn as hapless copper Tom Campbell in the second Dr Who movie with Peter Cushing in the lead or his other turn as Job, Proffessor Holly's butler/orderly in the wonderful Hammer production of She, the H Rider Haggard classic about an undying and cruel queen of a hidden kingdom. He radiates a trustworthy down to earth capability in both movies, turning side kick roles into standout roles. And he is full on hysterically funny in the classic carry On spying. They missed a trick when they did not cast him as M in the new series of very serious Bond movies with Daniel Craig as the big bad Bond. When he drags up as an exotic dancing girl in order to retieve secret plans from an agent of STENCH it is just side splitting( not in the Cronenberg sense, mind you.) He is truly a man for all seasons. A gifted performer who has seen and done so much and weathered the passing decades with charm and humour.
Bernard Cribbins has made humour and conversation a super power. Saving the world a little every time he makes some one smile. 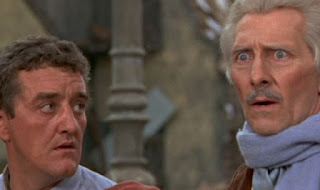 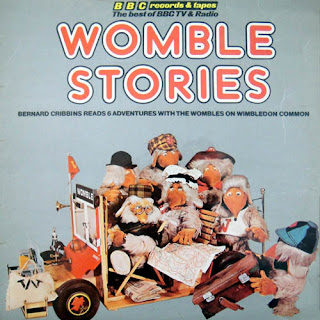