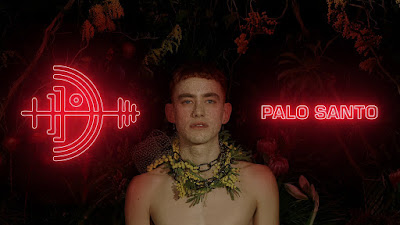 Have been really enjoying this beautiful addition to the shared cultural zeitgeist i.e. the world we all ive in and try to get by in despite ourselves.)by Olly Alexander and his amazing band Years and Years. Palo Santo ( Spanish for Holy Wood ), lovely serendipity for an MR James fan. The haunted carvings from classic ghost story The Stalls Of Barchester Cathedral were carved from wood grown in a location called Holy Wood. Felt a sympathetic shiver as this lovely coincidence (?) occurred to me. It is the title of Years And Years second album and also the name of a short film made to accompany the album. Its a sort of sexy musical Blade Runner where androids and AIs attempt to experience real emotions inspired by human performances in dystopian cabarets. It is a fantastically realised and emotionally engaging film that explores complex notions of sensuality and the fluidity of sexuality. Yes, it is as ambitious as that and manages to pull it off with the assurity of a group of artisans at the top of their game.
Olly Alexander shines in this film, he resembles Prospero's sprite Ariel, a self made magical being, possessed of otherworldly abilities and a fey gentility that makes him as loveable as he is magical. He plucks metaphysical ideas from a bubbling cauldron of humane sexuality and makes you want to dance to the anthems he and his band conjure out of the ether. I do not think I have enjoyed a musical interpretation of a series of abstract but believable concepts as Palo Santo since I saw David Bowie's Blackstar. In fact if I could suggest David Bowie as The Sandman or Morpheus of our musical dreaming then I would surely nominate Olly Alexander as its Ariel.
He is the stuff that dreams are made off. 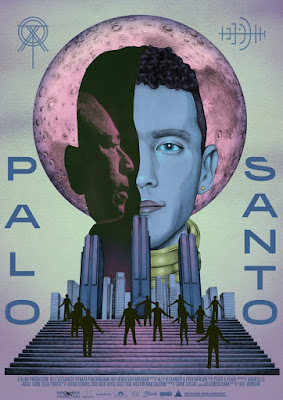