The Man And The Snake. 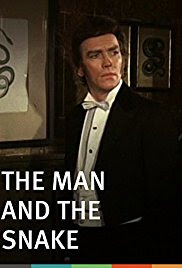 Found this wonderful adaption of an Ambrose Bierce short story while ghost hopping on Youtube.  Someone had uploaded this haunting little tale of a man who is confronted by and taken over by a snake which wills him to a terrible fate. It was made in 1972 and starred John Frazer and Andre Morell , it was directed by Sture Rydman for Jocelyn Films (Who were also responsible for that ghostly gem The Return, another story by Ambrose Bierce.)
In this story a young teacher visiting the home of one of his pupils is given a tour of a "snakery", a hot house where some very dangerous snakes are kept as pets and for study. John Frazer plays the teacher, a very engaging , likeable, fellow with Andre Morell (Mu favorite Quatermass!) playing Doctor Druring, keeper of the "snakery." There is even an appearance by Damaris Hayman, Ms Hawthorne of Devils End herself, at the dinner table scene. This is a pleasantly atmospheric tale, its execution a great example of British film making with the character acting on display reminding the viewer of an age when this type of story telling felt utterly authentic and real. Even the soundtrack is so very charming, in much the same way as the one for The Return also was.
This story, like the other, has a short running time and yet there is much in it that will deserve and reward a revisit. 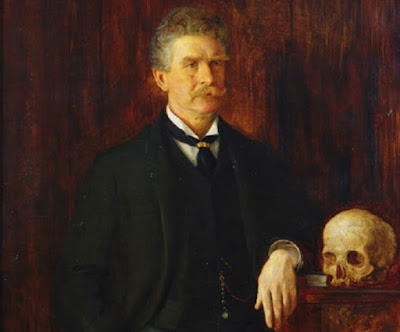