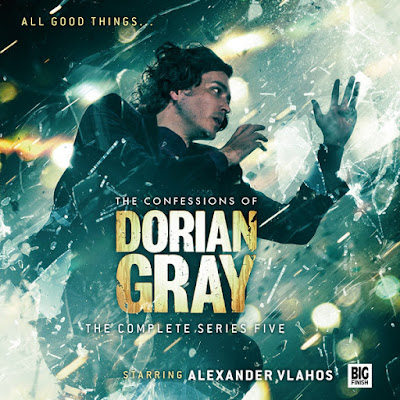 This one caught me quite off guard. Which is to say I had no time to put a stoney face in place , nor no reason to either I suppose, while sitting drawing, listening to it. I had got to the story Angel Of War and at some point I stopped scribbling, as I sat at my drawing table, and drifted completely into the narrative, the performances. Just incredible. it all come together and I found myself utterly moved and engaged by this story by writer Roy Gil. Almost embarrassed to admit it but at some point a big wet tear fell..Do not really want to admit it but it has never happened to me listening to an audio drama before. Yes,it is one of my favorite art forms but on the very best of days I never felt as lost in the audio realm in quite this way.
The world of the trenches in WW! has always had quite a haunting effect on me. From novels and poetry and music inspired by this monstrous conflict I have always found it the very cauldron of lost humanity. Just looking at photographs can set me off. I have always felt kinship with the shell shocked. Maybe growing up in Ardoyne during the particular years I did I got to see the best and worst of humanity. Not that I am effecting a comparison with life in trenches and life on Etna Drive, that would be lunacy.
Its a wonderful production. The writing, the acting, the wall of sounds and music that throw shapes upon the canvas of the listeners imagination.
The stories in this series assume Dorian Gray was real, that his terrible story was true.
Stories such as this make me believe in that truth.