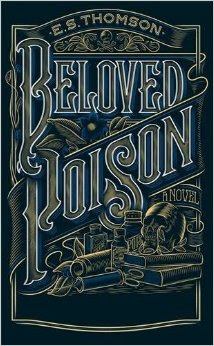 Beloved Poison has a sepulchre timber in its tone. The is a tale full of bones, bones of those disinterred and the bones of past deeds haunting the present. It is an assured confident read and one that rips along at an exciting pace. One that just does not allow for a tea break. I found myself so engaged by the plight of the central character and her identity struggles in an age where the rights of women were given slight regard that I almost forgot the rhubarb pie I had bought for a late supper. That may sound faint praise but I do like a cup of hot sweet tea and a slice of cake.( It is the legacy of Jon Pertwee's Worzel Gummidge I suppose.) The main character is Jem Flockheart a Woman born with a flaming port wine stain on her face who must masquerade as a man in order to pursue her chosen profession as  an apothecary. It is her story and her struggle which we follow through a sometimes heartless world of dirt and filth and grime from the stews of the desperately poor to the terrifying operating and dissecting theatres of St Saviour's infirmary itself. Her courage and decency shines a light down a hard and dark road. From the road to Newgate and the gallows where the baying mob gather like some precursor to the X factor audiences.to hurl spite and bile. 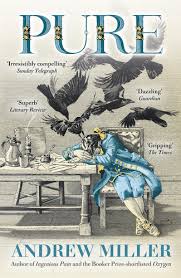 It is a very grimy tale that shares the atmosphere of Andrew Miller's amazing book Pure as it shares a character charged with the performing of a task entrusted to the main character in that book; The removal of hundreds of the buried dead from the ground which was to be their last resting place. It seems such a profane ungodly to do;to disturb the rest of the dead. Even more so given the religious fervor that so dominated the age these events take place in during which the tangible and the unseen seem to share seem to live beneath the same roof.That they would consider doing such a thing seems quite modern in intent and the disregard it infers. Being brought up in a religion that confers such respect upon the ways death is dealt with and the notion a deceased loved one has but stepped from the room would seriously incline one to leave the dead where they lay.
Mind you seeing the film Poltergeist at a formative age would also have a similar quality. 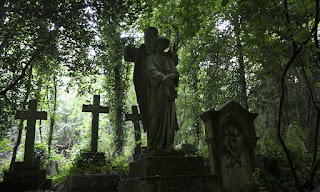 Poison is everywhere in this novel. As are vast quantities of human waste and effluvia. The disposal and dispersal of which is very important as life as they know and practice it could slow to a very messy and very smelly stop drowning in the stuff. Old wisdom and the use of medicines and poisons also abound as the centre for the tale is the hospital of Saint Saviours. An ancient temple of healing nearing the end of its days and facing imminent demolition. The hospital must close and the dead must be moved and rising to the surface are dark secrets amidst all this upheaval almost passing unnoticed until the murder of a brilliant but controversial doctor raises the spirit of unanswered wrongs. There is a growing certainty that amongst these gathered healers is a person well versed in the very art of murder and who better to perform such an act than one who also knows how to save.
The main character mentions this at one point and utters a truth that almost puts a rope about her neck. Really just doing the work of cruel eyes which already have her in their sights.
Atmospheric and even educational to a degree (If you are considering ways of dispatching someone using the god given greens of the earth.) Beloved Poison is a gripping read which makes you care for the great unwashed in a surprising way.