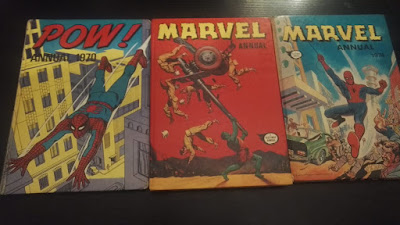 One of my earliest memories of going into Belfast City Center as a boy with my da was when he took me to the old Smithfield Market. The original building which sadly was burnt to the ground. I was utterly bewildered, that old market was full of nooks and crannies, there were so many stores with windows filled with exotic worldly goodies and treasures, well, to my wee eyes that is what it looked like. Looking up and into store windows stacked high with objects I had only previously seen on the flickering screen of our television. This was the real world though and I was getting my first glimpse of it..The old Smithfield market itself and a glimpse of the old bus station, which is also long gone. I seem to remember a gated entrance, a huge green gate, ornate and stately. (I could be misremembering, it sounds like the entrance to Arkham Asylum.).It was a cold wet Belfast day, October or November, my da's long overcoat flapping about us as he held onto my hand. Are these memories or ghosts?
There was a Harry Halls and a Greers bookstore, I remember that. Seeing Harry Halls for the first time and how it was imprinted on me. It became for me the over riding idea for how a bookstore should look. I think every book store I have seen since has been judged against those early impressions.
One of the things that especially impressed me were the shelves of annuals. The World Distributor annuals that were so much a part of my generation's childhood. So many titles and all so simply but powerfully represented by covers that seem to shout at me" you want to own me, do'nt you?"
And I did. I wanted so many of them but my da could only afford one.  And the choice I made was The Mighty World Of Marvel. The first annual I ever choose and I can honestly look back and say to that wide eyed kid I used to be and say "good choice,kid. You picked the best one."
The old Smithfield Market was pretty special. One of those gathering places that seemed to form organically way back in the day rather than be planned for by some architect who would never set foot in it.
So much more than a building was lost in that fire.
Posted by Malachy Coney Curiouser and Curiouser at 04:47