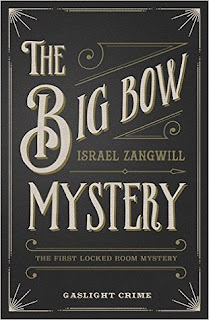 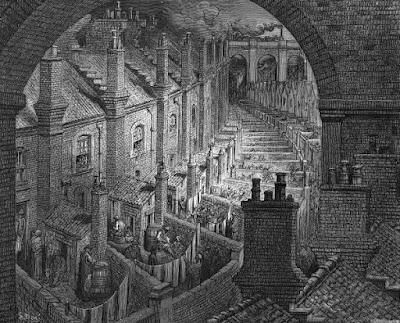 A "Gaslight" crime novel, a murder mystery involving a murdered man, his throat cut, in a locked room with no sign of a killer or murder weapon and two startled witnesses of an impossible thing. This is the book which introduced a genre within a genre., written in the 1890s and serialized in a newspaper.  The Big Bow Mystery is a book which is 160 pages long but which somehow feels so much longer. Something to do with the style of writing, densely packed with witty insights and well written and lively character dialogue, that certainly felt very real to me. Not unlike Charles Dickens lovely period dialogue and yet a shade swarthier. I think the feeling of an extended page count has everything to do with how Israel Zangwill's writing off course and not the intricacies of the mystery of how a man got his throat cut in a room where he was alone and it not be a suicide.
Anyway, the story is this; A well liked, respected and valued young man and as such there are few suspects. There are even less clues as to the identity of the killer or even the reason for the killing. It is a mystery, a proper Victorian gaslight mystery set in fog bound London, a city perched on the edge of the abyss. The characterization is so layered and a little hard to follow at times, the Olde Londone dialects being what they were (its even more Yoda-speak than Northern Irish English.) The whole tone of the novel is not unlike the episodes of The Rivals Of Sherlock Holmes I have been lucky enough to find on Youtube. I Had never heard of Israel Zangwill before I discovered The Big Bow Mystery. Being thinly read and exercising little discretion in my choice of reading matter or even direction in book collecting I am constantly coming across authors and genres I am unfamiliar with. Sometimes this means I find gems and neglected treasures, other times...well, I do not.
..and in this case I am glad to say this was a wee treasure. I enjoyed these one hundred and sixty pages written by a writer some in his day called "The Jewish Dickens." He had recorded his experiences of having grown up a Jew in the Victorian era in his book "Children Of The Ghetto", a portrait of the East End Jewish community. I have nor read it but believe it was widely regarded as an accurate record of his life and times of that particular location and era. Perspective is all and yet sometimes it takes courage to record things as they actually are rather than how we wish them to be. A very modern problem for many journalists in our own era. Starvation, cold and homelessness were every day factors those who lived in this area of London faced on a daily basis. Nature itself is not kind and neither were the societal structures of that time.
This was the age of gaslight crime stories, an era which covered the period between 1887 and the outbreak of The First World War which changed the world forever. Yet during this period dozens of weekly periodicals, publications and monthly magazines regularly featured crime stories and some enduring literary legends were born. A rich vein was unearthed that remains viable to this day as The Big Bow Mystery quite rightly proves. 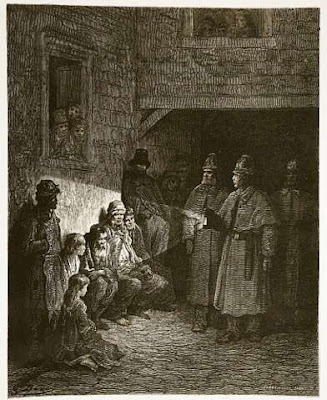